You Are Here: Shape Optimization of Thin-Walled Shell Structures 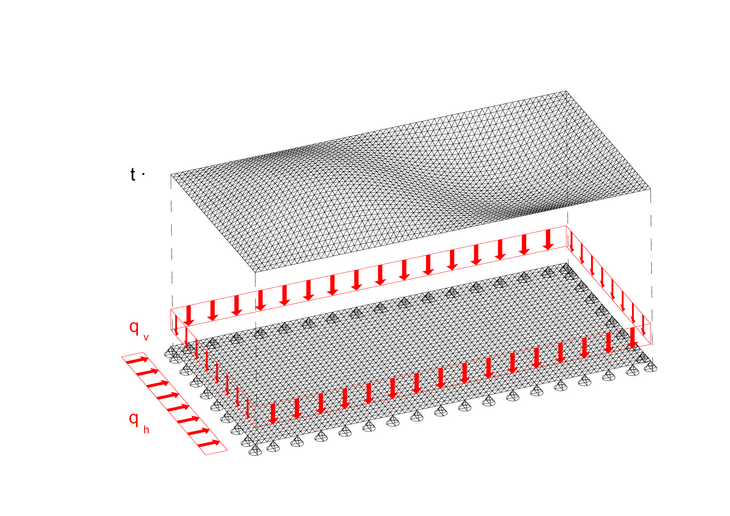 In building engineering, shells structures are mostly employed as roofing and façade elements and their optimization aims to define forms, which allow for an optimal exploitation of the material they are made of. However, shell structures play a major role also in other fields of application, from automotive to aeronautics, as airplane fuselage or car body. The adoption of thin walled materials as metal or composites is favorable in terms of lightweight, but presents as drawback an early appearance of buckling, which may occur before the material resistance is exceeded. Moreover, stability issues are exacerbated by the unavoidable presence of imperfections, in form of both geometrical deviations from the designed form and material inhomogeneity.

These issues have to be accounted for during the design and optimization process, aiming at increasing the critical buckling load on one side, and lowering the imperfection sensitivity of the structure on the other.

In this research project, the superposition of a folded pattern is the main strategy adopted to confer enhanced stiffness to the shell geometry. The folded pattern can be defined as Fourier series defined over the overall geometrical domain or as linear combination of buckling modes.

A new optimization strategy for thin-walled shell structures is introduced, whereas buckling load and imperfection-sensitivity are simultaneously considered as optimization objectives. 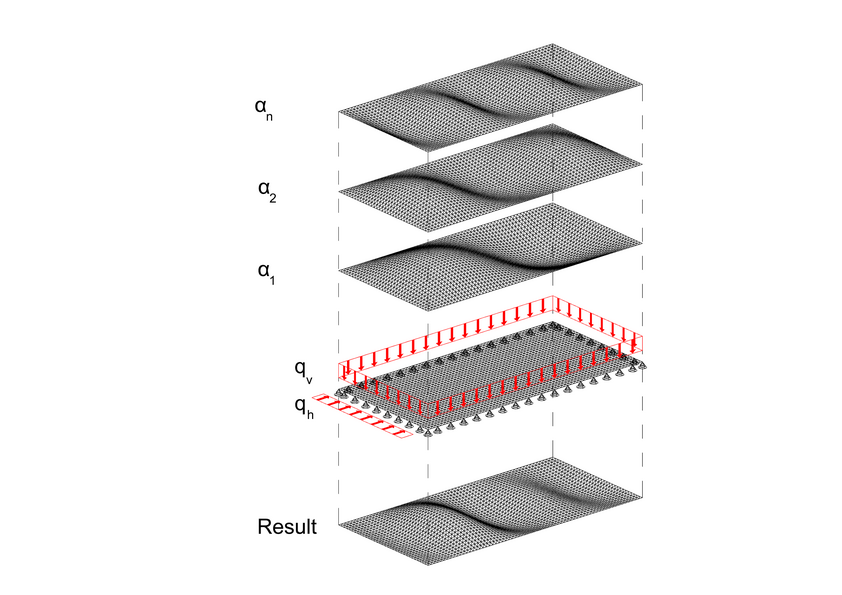 Copyright: © Chair of Structures and Structural Design The superposition of a folded pattern enhances the stiffness to a shell geometry